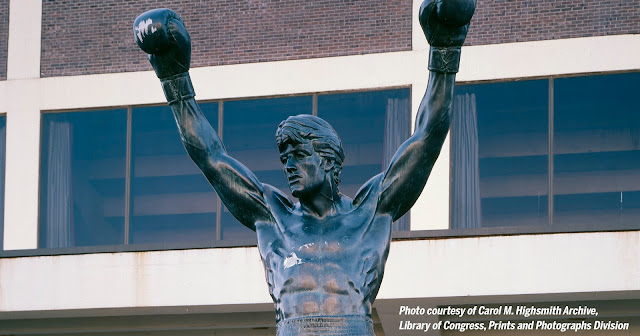 I was introduced to Ryan Coogler, the twenty-something creator and director of Creed, the seventh film in the Rocky series, while watching The Daily Show with Trevor Noah last weekend (I often record the show and watch a week’s worth in one sitting.)

Coogler told Noah that he was focusing on football in college when his college writing instructor called his dorm room, asking him to stop by her office, which was nearby. Coogler said that he thought that he had done something wrong or would be told something bad.

However, when he arrived and to his surprise, his instructor complimented his writing ability and encouraged him to continue to writing.

With that seemingly small piece of encouragement, he continued to write and later attended USC’s School of Cinematic Arts before directing his first feature film Fruitvale Station, a Sundance Film Festival winner, and the subsequent Creed film for which Sylvester Stallone just won a Golden Globe for Best Supporting Actor.

I’m always amazed at how simple words of encouragement can do so much to help people — move forward or bask in greatness right then and there. A simple positive comment can spark a special something in someone for only a few minutes or perhaps a lifetime, if the person really lets it sink in.

I recently participated in a coaching training class, where we focused on helping people work through their feelings and impressions about their present circumstances. One common practice in the class, like in the ones prior, was to verbally “acknowledge” another person’s good qualities.

The class was filled with adult professionals, who may not be quite as receptive to “acknowledgment” as more impressionable young people. Regardless, I believe that acknowledging adults also carries a strong influence, although we may need more of it to overcome the limiting self-talk that gets in the way, especially when positive affirmations are less sticky than negative thoughts.

I’ve done my share of acknowledging the greatness in people. But I haven’t done enough. There are too many people, especially kids with uncelebrated capability, who aren’t aware of their greatness or potential.

Beginning in 2016, I’ll make a point to acknowledge (hopefully with soul-stirring impact at least on occasion) the greatness in others and devise ways to reach those for whom acknowledgment will have the greatest positive impact.

If you have suggestions for acknowledgment or examples of how you do it, please let me know.

“Why Rocky never gets old” was originally published on LinkedIn Pulse on January 12, 2016.